SALT LAKE CITY, Sept. 27, 2017 /PRNewswire/ -- The USANA True Health Foundation (THF), has donated $50,000 to aid those affected by the devastating earthquake and its aftermath in Mexico City and surrounding areas. This amount will be used for food, nutrition and other aid through THF's trusted partner, the Children's Hunger Fund. 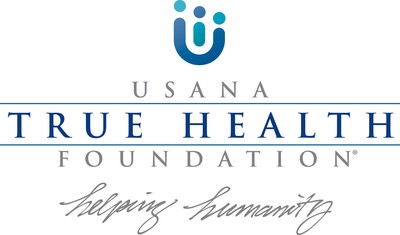 "We are so thankful that USANA has the means – through THF and our other partners – to organize humanitarian efforts and resources so quickly," said Kevin Guest, chief executive officer at USANA.  "We are forever indebted to the generosity of our Associates and other donors, which enables us to send resources and aid throughout the world."

Mexico has been hit by three earthquakes greater than 6.0 magnitude since September 8, killing hundreds of people and turning buildings into dust and debris in parts hit hardest. While the severity of the damage is still unfolding, the most urgent need is rescue and humanitarian aid.  Through the Children's Hunger Fund's established network of churches and volunteers in the impacted areas, the aid and resources THF has donated will be distributed to the areas of greatest need.

"The True Health Foundation is saddened at the tremendous loss of lives and other resources which have occurred due to these earthquakes," said Brian Paul, executive director of communication for THF.  "THF has a special love for the people of Mexico, who we have had opportunities to serve through service trips and other charitable acts over the past several years.  We know first-hand the love and goodness that exists in this country and are glad to have a chance to serve those who are in desperate need at this time."

100% of proceeds to the Foundation's Area of Greatest Need through September 30 will be used to help victims of these earthquakes.  To make a donation, please visit: www.usanafoundation.org.

Through humanitarian missions, regular contributions, fundraising projects and collaborations with the Women's Tennis Association, the nonprofit organization has raised over $13 million to aid hundreds around the world.  Most recently, THF raised over 1 million meals during USANA's International Convention in August 2017.